I was looking for a birthday gift for a friend on Amazon.com and came across these adorable heart shaped ramekin.  I was thinking about how I can use them for a Valentine’s Day dish and I came up with the idea for Chicken Heart Pie.  Not too romantic you might say, but in our house we LOVE LOVE LOVE chicken pot pie and that is probably the best way I can show my family a little V Day love!  My biggest fan of my chicken pot pie is in Europe for a few months so I will just have to make her some of these when she returns =)

By the way, I have tried MANY different variations of chicken pot pie.  I used to make the Bisquick version but I’m not too keen on using condensed cream of anything so then I tried to make my own version of condense cream of chicken soup and while that was fine, it wasn’t as tasty.  Then one day I was out of Bisquick and figured how different could Aunt Jemima be to substitute, and believe it or not it is very different.  Aunt Jemima made the crust taste like having a fresh biscuit as opposed to the Bisquick version, which tastes more like a pie crust.  THEN, on another day, I had some phyllo dough that I wanted to use and found a recipe that incorporated phyllo dough and they didn’t use the condensed cream of chicken soup and so I gave that a whirl and now I have come to the realization that it’s all good.  In the end, it’s yet another great way to use my leftover roasted chicken. 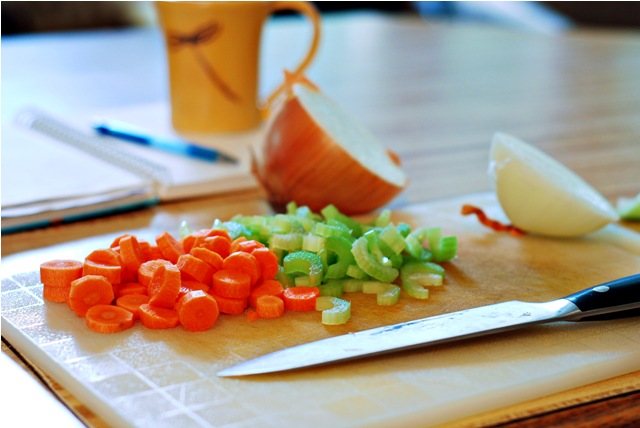 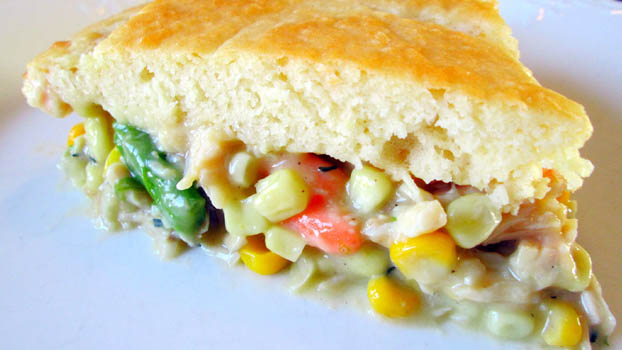 Print
Chicken "Heart" Pie
Author: Ladles of Yum
Recipe type: Entree
Cuisine: American
Prep time:  10 mins
Cook time:  50 mins
Total time:  1 hour
Serves: 6
Ingredients
Instructions
Notes
The phyllo dough version is easy, just allow the phyllo dough to thaw in your refrigerator overnight and bring it to room temperature before using it. Cut the phyllo dough to the size ramekins you are using, leaving enough to fold over the top after the mixture is added. Melt ¼ cup of butter and line each ramekin (or 9" pie plate) with 5 or 6 sheets, buttering the sheets as you layer them. Then pour the chicken mixture in and fold the phyllo sides up and over, brushing with the remaining butter. This is a great option if you prefer your pot pie to be a bit crunchy but it is MUCH FASTER to use the pie plate if you choose this option.
3.2.1230 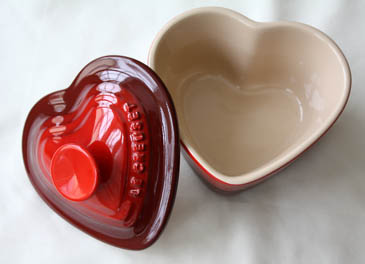